Josef Thoman, David Goessmann (2022-07-30). Energy crisis: market intervention by policymakers is necessary. indybay.org We are in the middle of a multiple energy crisis. The supply of energy is in danger, and prices will continue to rise. This is not only a problem for private households and companies; rather, there is a danger that the persistently high inflation will become entrenched. Then we will be faced with a severe economic depression. 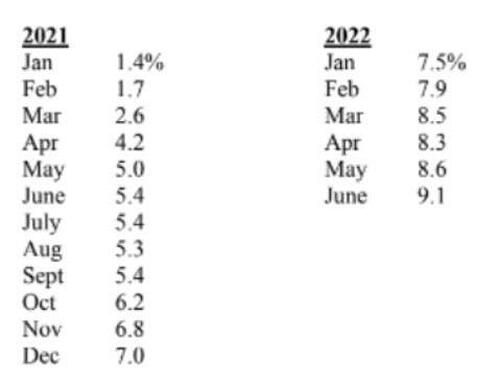 Gold's Rise Is Just A Recession Away | Many are asking about Gold's rise, or better yet: When, how and why it will rise? | Toward this end, cold data in the face of historical facts and current recessionary realities will make…

WSWS (2022-07-30). The class dynamics of the Fed's recession program. wsws.org The central bank, the guardian of the interests of the corporations and finance capital, has set out to engineer a marked slowdown and, if necessary, a major economic contraction.

Josh Bivens (2022-07-30). Is the US Economy in a Recession? Not Yet. commondreams.org The Fed's overly aggressive interest rate hikes increase risk of recession.

Julia Conley (2022-07-30). After House Passes Assault Weapons Ban, Advocates Say Senate Opponents Must Be Forced to Vote. commondreams.org The bill stands virtually no chance of passing in the Senate, but campaigners said a vote would "show young people why we need to turn out to expand [Democrats'] majority in the Senate."

____ (2022-07-30). U.S. House passes bill to ban assault weapons. ecns.cn House of Representatives passed a bill on Friday to ban assault weapons with a narrow 217-213 vote.Gun violence has taken more than 25,500 lives across the United States so far this year, according to the latest data from Gun Violence Archive.