Howie Hawkins (2020-09-11). Reject Militarism on the Anniversary of 9/11. dissidentvoice.org Nineteen years after more than 3,000 people were killed on 9/11, there remains a bipartisan commitment to fight an endless "war on terrorism," instigate regime change coups, increase military spending, enhance US nuclear weapons, deport undocumented residents, curtail civil liberties, and militarize the police. The September 11, 2001 attacks on the US have obscured "The …

Kathleen Wallace (2020-09-11). Banana Strings and the Military-Industrial Complex. counterpunch.org How did we ever arrive at this unfamiliar destination with a strangely morphing reality—writhing and shifting at an ever-accelerating pace? 8 months ago, the notion that a pandemic could alter our social interactions to this extent was not really considered to be a possibility. Now it feels as if life was always this way. Added

CounterPunch News Service (2020-09-10). CODEPINK Responds to Trump Troop Withdrawal: Bring ALL US Troops Home from Iraq, Afghanistan and Syria. counterpunch.org We welcome the Trump administration announcement that US troops in Iraq will be reduced from 5,200 to 3,000. Anytime US troops are brought home from ill-conceived overseas adventures is a step in the right direction. But the American people want AN END to these endless wars, not a reduction. The same goes for the Iraqi

RT (2020-09-10). OPCW should not be a 'geopolitical tool,' Russian envoy tells UN Security Council as Germany seeks to involve it in Navalny case. rt.com 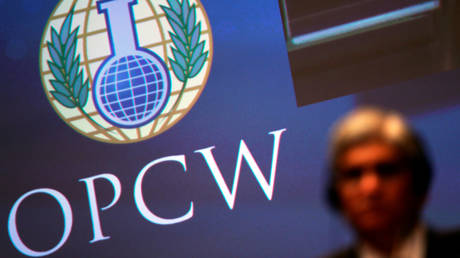 Russia's ambassador to the UN Vasily Nebenzya slammed on Thursday Germany for withholding information about the health of activist Alexey Navalny and condemned Western attempts to politicize chemical weapons watchdog, the OPCW. | "Russia is deeply concerned by the Organization for the Prohibition of Chemical Weapons becoming an instrument in the geopolitical struggle," Nebenzya said at the United Nations Security Council session on the use of chemical weapons in Syria. | He

news.un (2020-09-10). Issues surrounding Syria's chemical weapons programme must be resolved, to restore global confidence. news.un.org Until outstanding issues related to Syria's initial declaration of its chemical weapons stockpile and programme are resolved, the international community cannot have full confidence that its activities have ended, the UN's top disarmament expert told the Security Council on Thursday.

Ariel Gold (2020-09-10). Peace through weapons sales to the UAE. nationofchange.org If the American people really want to pursue peace in the Middle East and instead use our taxes to build up U.S. infrastructure, healthcare, education and address the climate crisis, then we must immediately pressure our Congressional representatives to make sure that the U.S.-UAE weapons sales deal does not go through.

Brett Wilkins, staff writer (2020-09-09). 'Reducing Troops Not the Same as Ending Wars': Peace Activists Say Trump Drawdown in Iraq Not Nearly Enough. commondreams.org "Trump is trying to convince voters that is now following through on a campaign promise that he failed to keep in four years and will not fulfill with half measures," says CodePink's Medea Benjamin. | www.commondreams.org/sites/default/files/styles/cd_special_coverage/public/headline/thumbs/mosul2.jpg …